Search for homesites within our communities


A city of 95,000, Tuscaloosa is a gem of a city filled with wonderful opportunities for couples and families. Tuscaloosa is the social, cultural and business capital of West Alabama and features a wide variety of opportunities for education, work, play, and good old-fashioned Southern living. Learn more about living and playing in Tuscaloosa and what our city has in store for your family. 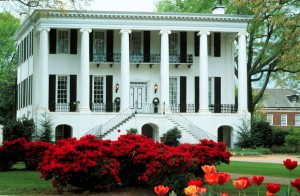 Founded on December 13, 1819, Tuscaloosa has long been a thriving town on the banks of the Black Warrior River. Tuscaloosa has a rich and vibrant Native American past, and is surrounded by the legacy these native tribes left behind.

From 1826 to 1846, Tuscaloosa served as the capital of Alabama. The city’s flagship school, the University of Alabama, was established in 1831 and is one of the oldest institutions of higher education in the Deep South. The city gained a reputation for industry and commerce, and Tuscaloosa grew steadily throughout the 19th and 20th Centuries.

On April 27, 2011, Tuscaloosa was hit by a devastating EF4 tornado that resulted in 64 deaths and over $2.45 billion in damage, making it the costliest tornado in U.S. history until the Joplin, Missouri tornado later that year. The city rallied, and with the help of generous donations and contributions, Tuscaloosa has emerged stronger and better than ever. 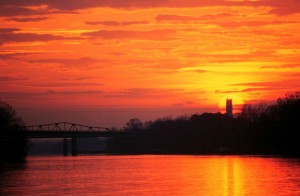 Tuscaloosa is a city full of opportunity. The city is a center for commerce in West Alabama with an above-average employment rate and features an array of commercial and industrial employment opportunities across a variety of industries, ranging from the manufacturing sector to finance, mining, hospitality, education, and healthcare.

Tuscaloosa is also a city that values education. The Tuscaloosa City School System, in conjunction with a network of secular and religious private schools, delivers high-quality education for children of all ages. Plus, the school’s flagship University of Alabama is the crown jewel of the state’s higher education system and has won numerous accolades for the quality of its education.

Tuscaloosa was named one of the “50 Best Places to Launch a Small Business” in 2009 by Fortune magazine, and was labeled one of the “100 Best Communities for Young People” by the America’s Promise Alliance. It was also named the “Most Livable City in America” by the U.S. Conference of Mayors in 2011. The city has also been called “The City of Champions” after the University of Alabama Crimson Tide football team won three national championships in four years. 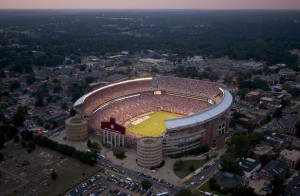 Tuscaloosa is a treasure trove for pleasure and enjoyment. The city’s vibrant nightlife takes place in two places: the city’s downtown district and The Strip. The Strip, located only a mile from the UA campus, features a lively selection of restaurants, retail shops, and bars, and is one of the places to be during the week and weekend. The downtown area, as well as the shopping located along McFarland Boulevard and University Mall, also provide plenty of fun throughout the week.

Football is a big part of Tuscaloosa life. On Saturdays in the fall, the entire city is transformed as tens of thousands of Crimson Tide football fans come out and celebrate their team on game days. The UA campus turns into one of the nation’s hottest tailgating destinations, and Bryant-Denny Stadium turns into one of the most populated areas in Alabama as 100,000 screaming fans watch the game.

Tuscaloosa is also a dream come true for outdoor enthusiasts. You can boat and swim in Lake Tuscaloosa, a reservoir created by damming North River, with a surface area of nearly 6,000 acres, fish in the Black Warrior River, hunt, camp, play golf and enjoy the great outdoors throughout most of the year.

Plus, there are plenty of festivals and annual events for people of all ages. Not to mention the Bama Theatre, Children’s Hands on Museum, Kentuck Art Center, several historic homes, Moundville Archaeological Park, River Market, and several park and recreation facilities. In Tuscaloosa, there’s something for everyone.